You can read it here.

Title: Sakumiya 365: July 2021
Length: 2,499 words
Pairing: Sakumiya
Rating: G
Genre: Slice of Life, Fluff, Crack, Sickfic
Summary:
1. Sho and Nino holding hands because there’s a crowd but not letting go when they get out of it.
2. Nino following Sho’s family traditions that they enjoy.
3. Nino and Sho are about to kiss when instead they accidentally hit foreheads really hard and have matching bruises.
4. Sho and Nino having a tickle fight until they’re breathless.
5. Nino reading in bed while Sho rests their head on Nino’s shoulder, sleeping.
Read them here:https://archiveofourown.org/works/32483290

We are the Stormy Exchange! Since in these last years we had a lack of a fanfiction event dedicated to all Arashi pairings, we decided to create a new one ourselves. You can find more information about us on our dreamwidth community.

As of today, sign-ups are OPEN!! You have time until July 11th to send in yours. We hope to see you there!

Title: Sakumiya 365: June 2021
Length: 3,646 words
Pairing: Sakumiya, OT5
Rating: PG
Genre: Slice of Life, Friendship, Romance, Office AU, Crack, Canon
Summary:
1. Nino gets locked out of their house while their family is gone, so they spend the night at Sho’s place.
2. Them resting together and talking to each other before falling asleep.
3. Sho making Nino some hot chocolate.
4. Sho has to take Nino, the drunk friend, home safely and it proves to be a really hard task.
5. Sho spending all their money on Nino, who scolds them for it.
Read them here: https://archiveofourown.org/works/32037964

Title: Be with you
Author: Nekokun (i posted this on my AO3)
Pairing: Yama, ohno/sho
Rating: PG-13
Genre: slice of life,
Notes:
My first drabble
Im sorry for possible grammatical error and typos
I hope you enjoy my yama's crumbs
My friend told me to make drabble from be with you lyric, so. Here you go
I took the lyrics part from

darkhriss's Be with you translation part
thank you for the translation!!

vicco_vicky - crossposted to AO3
Author: Saana
Pairing: Sakuraiba
Rating: PG-13
Genre: AU, slice of life, family life, fluff, angst
Disc.: this is a fanfiction, which means I’m a fan and this is fiction
Summary: Sho’s life falling apart in an instant and as he finds himself a single father with a six-year old boy, he decides to move back to the small town on the Chiba coast where he spent his childhood, trying to pick up the pieces of his life and raise his son… 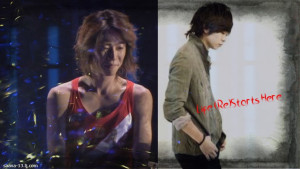 Title: Sakumiya 365: May 2021
Length: 3,646 words
Pairing: Sakumiya
Rating: G
Genre: Slice of Life, Friendship, Domestic Fluff, Office AU, Crack, Canon
Summary:
1. Sho having to rescue Nino from a pack of kittens/puppies.
2. Nino holding Sho very close, close enough to smell their hair. They whisper into Sho’s ear: ‘I don’t like your new shampoo’.
3. When Sho is so exhausted.
4. Nino falls asleep in Sho’s lap and Sho has a conversation with someone else while stroking Nino’s hair as if they were a sleeping cat.
5. Sho helping Nino dry and brush their hair after a shower


The Sakuraiba Exchange has finished posting, so if you're in the mood for some Sakuraiba love, you can grab it at our dreamwidth community! Our awesome writers wrote all kinds of genres, so we're sure that you can find something to your liking 😊


Reveals will happen on the 23rd, so be sure to stick around if you'd like to know the author of your favourite fic! In the meanwhile, have fun reading and don't forget to show the authors your support by leaving comments!

Summary: Nino feels an unexpectedly familiar irk after a brief phone call, knowing that a certain idiot has been pushing himself too far again.

Nino is busy as usual, he has all his focus directed to a certain screen; eyes didn’t leave it for even a split second, watching every single movement to make sure he missed nothing, hands skillfully beating up the controller. He is on a good track, only 2 last stages before the boss appears, but then a persistent buzz got him distracted from the screen.

He takes a peek on the phone beside him, oh shit! It was from his manager. As much as he enjoyed beating up his enemies, he couldn’t leave this one hanging. So he took his phone and slide up the green button, “Hello” he greeted the person on the other line.

“Ninomiya-san, sorry to disturb you at this hour,” the manager replied politely.

“Yeah, no biggie, what’s wrong?”, he could sense there is something wrong with the way his manager speaks.

“You are free tomorrow, right?” he asked

“haha, you should know it better than me, so? What is it?” Nino gets straight to the point.

“Well, the thing is we need a little help with VS Damashi filming tomorrow,” Nino could feel his brow furrowed upon hearing his manager’s words.

“It’s Aiba-san. He got sick and couldn’t make it to the filming tomorrow,” his manager explained.